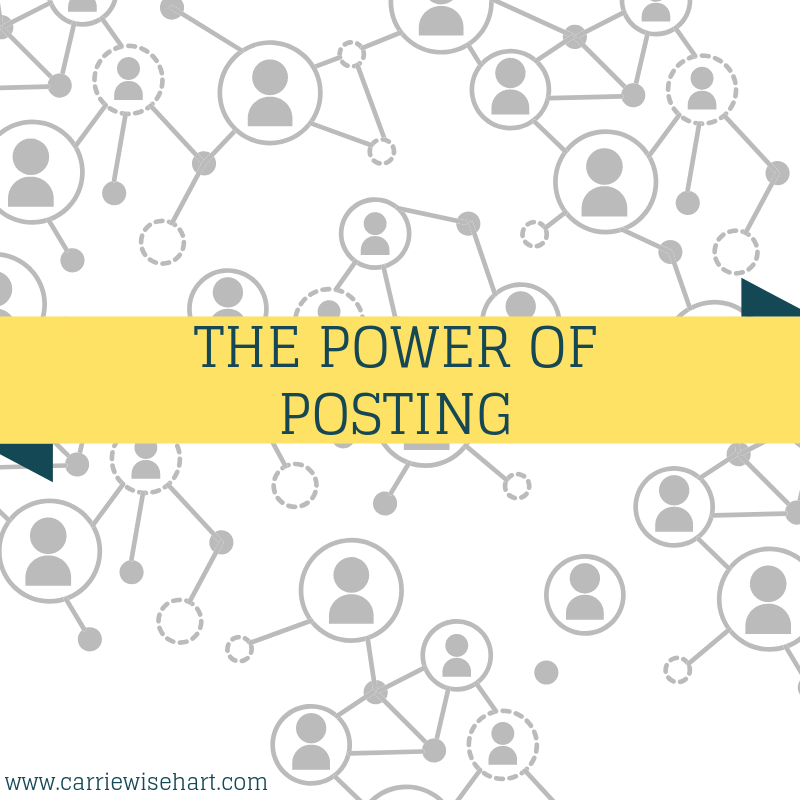 A few months ago, I bought a necklace on Etsy for a sweet friend of mine. It took unusually long to arrive, and the seller had to resend the necklace on multiple occasions because of postal system issues between Canada and the U.S.

In one last ditch effort to attempt to connect so I could get the necklace, the seller sent me the tracking number so I could be sure it was on its way and soon to arrive.

Little did I know that a simple tracking number could be a big problem.

You see, the seller ALSO accidentally gave MY tracking number to another customer. Which means that upon the arrival of MY necklace, that customer was sure I had HER necklace. She also had all my personal information.

It started with a Facebook message. It seemed like spam, so I ignored it. When I ignored the message, this customer began messaging many of my Facebook friends. The message (at first) was kind – just asking that they help connect her to me so she could get her necklace back. I began to receive multiple messages from friends letting me know I had someone’s necklace.

Again, it seemed like an internet troll, so I told my friends to ignore it.

Ignoring it made the problem worse. I finally responded and told her that no, I didn’t have her necklace. I didn’t know it was a case of a duplicated tracking number, I just assumed it was some kind of scam.

Fast forward past several messages, texts (she found my number on my website for booking me as a speaker), and calls (to both me and my husband). We both told her that no, we didn’t have the necklace, and we reached out to the seller.

Next, I started hearing from her friends. Now it was that I STOLE the necklace. It was delivered to me and I had stolen it because I wouldn’t return it. She asked her friends to message me – as well as message my friends. When I didn’t respond, it got worse.

This customer went to a Facebook group of thousands of people and told them I stole her necklace. She asked them to help her, and they began trolling my social media.

They found honors I’d been given and started making comments and disliking everything. They attacked my profile and my character. I was being slandered all over the internet, and I had done absolutely nothing but receive a necklace I bought from an Etsy store on the internet.

To end the story, the seller discovered her tracking number blunder and made it right. She contacted the other customer and demanded that she retract her posts. The seller contacted the administrators of the group that had been trolling me – and that group made a public apology as well as public insistence that every negative post be taken down or they would be removed from the group. The administrators apologized to me, as did a few of this woman’s friends.

All because of misinformation on the internet.

When I dug deeper, I found out that this woman had lost someone dear to her, and this necklace was going to go in the casket. Although this didn’t excuse her actions, it explained why this became such a personal issue for her. You see, I hold no hard feelings toward the seller for this big mistake of leaked information. And I hold no hard feelings toward the customer who started an internet rage-full battle against me.

But this is not an isolated story.

It used to be that our opinions couldn’t just be thrown into the stratosphere without a sufficient amount of time to think about it. We used to, because of snail mail, or even e-mail, have to take a bit more time to process things before we just “went for it”.

Now that we can hurl our opinions anywhere and everywhere with the brief press of a button while hiding behind a keyboard and screen, we don’t really have to think about the consequences and what might happen when we press “post”.

Our opinions used to require writing it down, typing it up, and sending it by post mail or even e-mail to the source, where it was then “vetted” for its appropriateness to the business, newspaper, or magazine. We have become consumers of EVERYTHING, we think we can have an opinion about EVERYTHING, and we have groupthink at our fingertips.

Just engage with a group who is angry, and they will happily jump on your bandwagon.

Just express your offense, hurt, or rage, and you’ll have backing without any fact checking.

Power is given to anyone with the tap of a mousepad, the click of a button, the pop of a finger to the screen.

And we don’t really think about how our posts can affect – not only those in our spheres of influence – but anyone else who is hit by the crossfire of our strong, self-approved opinions.

I remember feeling like I had whiplash – first from how quickly the word spread that I was a thief and a liar, but then from all of the backlash on my own personal social media pages. I was confused and concerned – and I didn’t have any idea who ANY of these people were. People were easily pulled into “finding justice” by pouncing on me for a crime I didn’t commit. And no one took the time to find out, fact check, to see if what they were told was really true.

Groupthink was doing its dirty work, and I was the victim. And I know I’m not alone.

I’m trying to get them to research, explore, think about, CONSIDER, before clicking “post”.

I want them to see PEOPLE. Even if someone is a stranger, he is someone’s father or brother, she is someone’s mother or sister. Someone’s friend. Because everyone on the internet – they aren’t pretend people or aliens, they are real. They have feelings and hurts and real life lives.

It’s a big temptation when you’ve been wronged to find other people who have those same feelings and band together to find justice. And not all of that is bad. There are countless groups who are making a huge difference in the world. I have been part of groups that are definitely making change. But I never want to be part of a group making change at the expense of someone else’s heart, family, or reputation.

I don’t to divide. I want to unite.

But there’s also another kind of power.

You see, when we align with THE TRUTH, the words we wield have positive power. We have the power to inspire, to motivate, to help, to change, to revolutionize.

When I say truth, I mean the Word of God. In Matthew, it tells us that what comes out of our mouths (or in this case, on the screen), is evidence of the overflow of our hearts. Basically, what comes out shows what’s on the inside. In Ephesians, it says don’t let ANY unwholesome talk come out of your mouths, but ONLY what builds others up. In Philippians, it says do EVERYTHING without complaining or arguing. Man, all of those verses convict me right where it hurts.

In my case, the other customer was in a lot of pain. What was coming out was proof of that pain. But we have a choice. There’s power in what we post. How are we going to wield that power? To align with the negative? The hurtful? Or will we align with words that help? Empower? Motivate? Inspire?

If we all begin to choose the latter, I think we’ll make the internet a better place to hang out, and we’ll do some good in the process.

And don’t forget to subscribe to my blog so that you can receive my inspirational and motivational blog posts directly to your inbox! 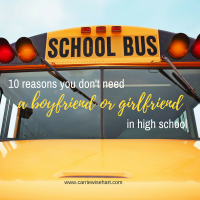 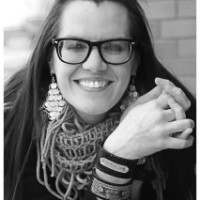 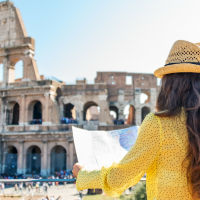 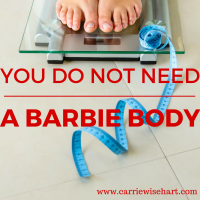 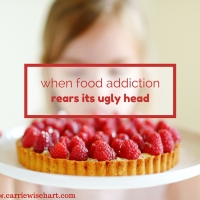 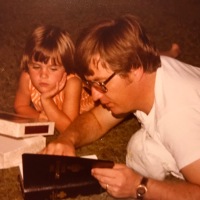 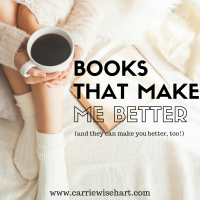 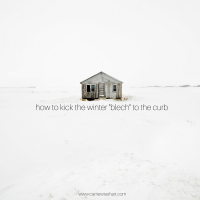 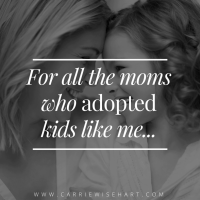